Primitive Motor Reflexes and their Role in Vision Development

Most people are familiar with retained motor reflexes, they just may not know it. They can be witnessed when: a baby’s head is turned to one side and the arm and leg on that side turn out and the baby assumes a ‘fencer’ pose; or if a baby, when startled by a loud sound, extends his head back and spreads arms out; or if you touch a baby’s palm, a reflexive gripping of your finger will occur.

Doctors often assess the development of a child based on the progression and integration of these reflexes.

Primitive reflexes are involuntary movement patterns directed by the brainstem, meaning they are not under conscious control. They emerge in-utero and during the early months of life play an essential role in infant survival and development.

These reflexes have a limited life span and lay the foundation for more precise movement. For ideal development, they should become integrated during the first year of life to allow for more complex movement patterns controlled by higher levels of the brain.

What if these Reflexes are retained (stay around too long) or re-emerge after a brain injury?

The persistence of these reflexes can indicate poor neurological development and immaturity within the nervous system. They can interfere and prevent the development of succeeding postural reflexes.

Postural reflexes are necessary to support control of balance, posture and movement. Because eye movements are often considered the most precise and neurologically demanding motor skills initiated by the brain, when earlier movement patterns do not develop appropriately, visual skills tend to be poorly controlled and integrated.

The brain possesses a finite amount of energy, and when we are required to compensate for retained reflexes, this takes a toll on the brain and nervous system, and limits the amount of remaining energy available for other necessary cognitive action.

One of the possible underlying causes of academic and/or visual problems may be the retention or inadequate integration of one or more of the primitive reflexes.

Why Test for Retained Primitive Reflexes during a Vision Evaluation?

Integrating primitive reflexes can help patients progress faster during their Vision Therapy program because the visual skills are built on a more secure neurologic foundation. If the brain has better control over the large movements of the body, this frees up mental resources that can be dedicated for learning and thinking, much of which depends on visual skills and visual information processing. Depending on the individual, Dr. Gates works closely with occupational therapists providing collaborative care.

Below you’ll find a brief overview of symptoms of retained primitive reflexes:

poor balance with head movement to either side; poor smooth tracking eye movements (especially when crossing the midline); mixed laterality (uses right/left hands interchangeably); poor handwriting; difficulty shifting focus from near to far; difficulty keeping place when copying from the board; difficulty catching and throwing a ball; hard to tell right from left

Nebraska Visual Integration Center is one of the only vision clinics in the region to combine Vision Therapy with primitive reflex integration to treat the whole person.

After all, vision is a brain-based process and requires interaction with many other neurological systems to be efficient. It only makes sense to treat the entire brain as there is no way to isolate vision from other brain-based actions. 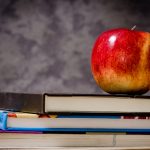 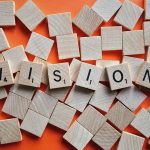 What to Do if Insurance Won’t Cover Vision Therapy?
Scroll to top